Santa Maria Maggiore is a patriarchal basilica dedicated to the Blessed Virgin Mary. The basilica is also known as Basilica Liberiana after the founder, as Santa Maria della Neve (Our Lady of the Snow) after a miracle associated with it; and as Santa Maria ad Praesepem from the relic of the crib (presepio).

The first church here was founded in the 350's by Pope Liberius, and financed by a Roman patrician and his wife. They were childless, and had decided to leave their fortune to the Blessed Virgin. She appeared to them in a dream and told them to build a church in her honour. It lies on the summit of the Esquiline Hill, which was mainly laid out as gardens in ancient times. Legend claims that the plan of the church was outlined by a miraculous snowfall in August (possibly in 358). The legend is commemorated every year on 5 August, when white rose petals are dropped from the dome during the Mass.

Walking through Santa Maria in Via. 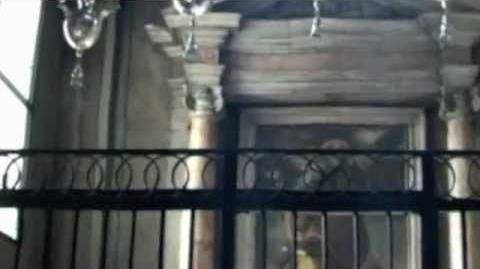 The following Wikia and Wikimedia resources may also be of use:

Did you know…
Community content is available under CC-BY-SA unless otherwise noted.
Advertisement